Silly, animated, and seemingly always barefoot (seriously, does he even OWN shoes?), Eric Dymit is an enthusiastic character-and-lore generator who loves working with campers to bring their imaginations to life in the AiC Realm! Campers may recognize him as J-Club the Whacker, Pan, Bonecrusher the Were-Hyena, the Citrakhan Warlord, and the Fox Prince. Coming from a childhood of reading fantasy and mythology, drawing on every piece of paper available, and acting out his mind's imagination in the woods, Eric has found a home for himself in the world of AiC. He has a background in theatre, art, and storytelling, which combined with his passion for the outdoors makes camp the perfect place for him.

Along with Anna Lund, he has ventured forth to the distant Realm of Middengaard (Montana) where they are documenting the ever-evolving lore, inhabitants, and wacky shenanigans that seem to follow AiC wherever it goes. He is thrilled to bring cardboard camp to a new land and to make AiC accessible to a whole new audience of campers! 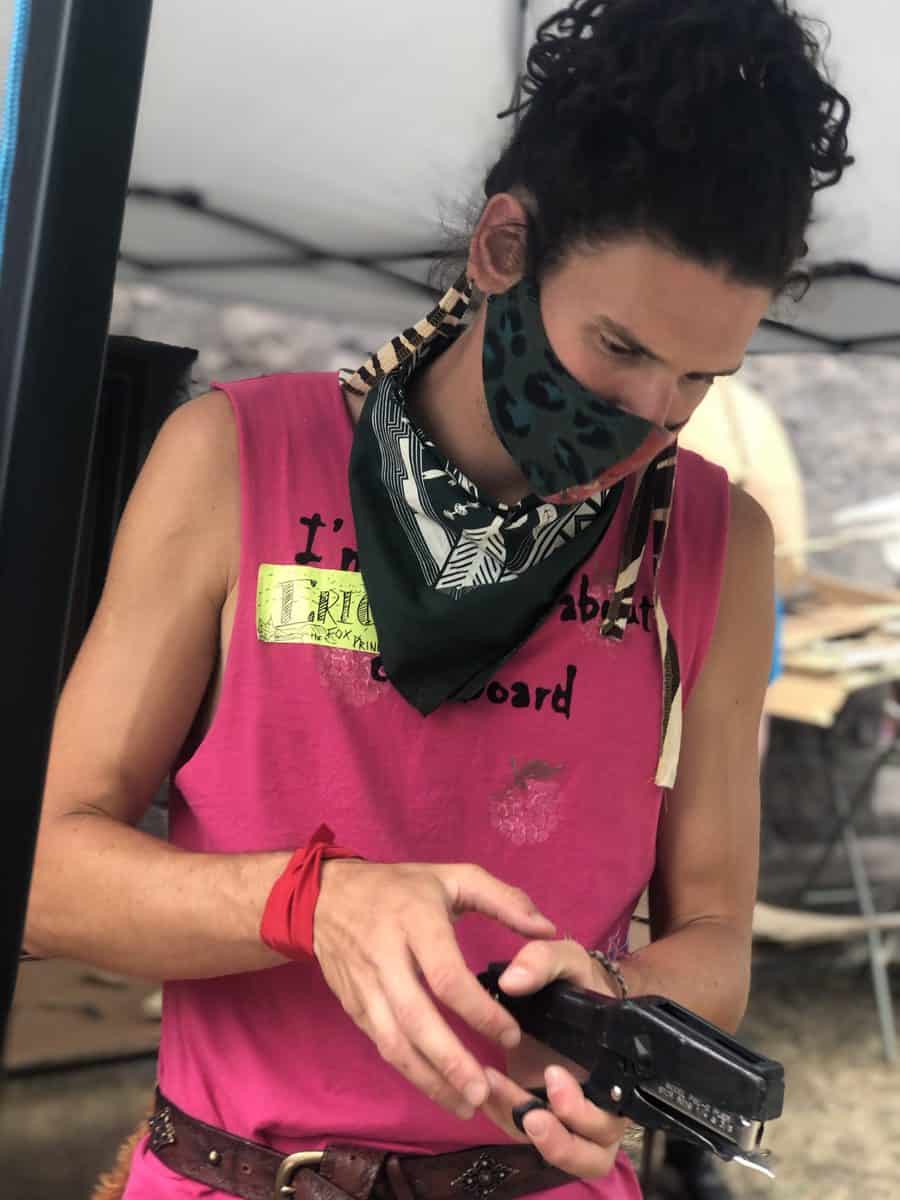