Eorden, Champion of the Bison Clan 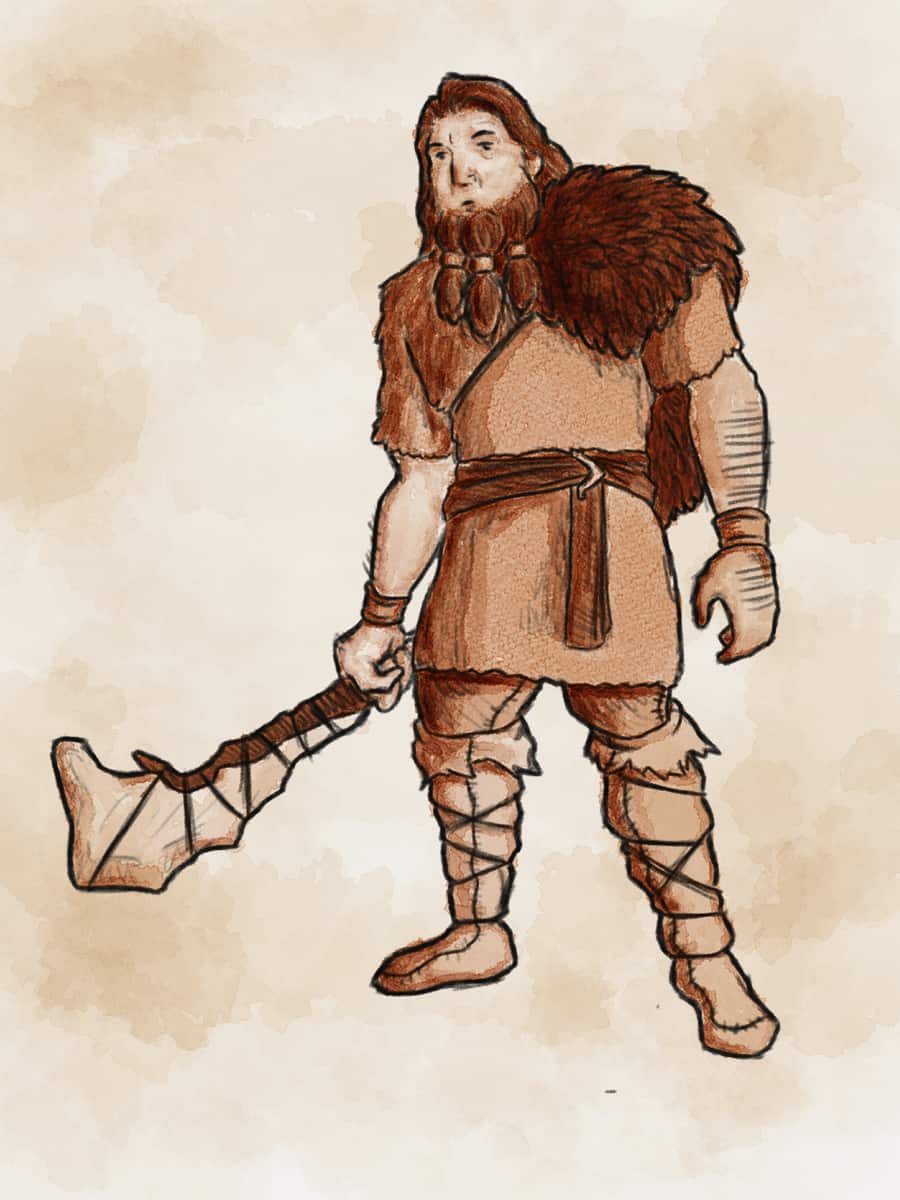 In the earliest ages of humanity, the Giants were wary of teaching too much of their magic to the new race of humans. They saw in humankind the potential for greatness, but also the possible shadows of darker qualities; jealousy, aggression, deceit, and other less favorable traits. As such, when the first clans of humanity arrived in Middengaard, the Giants chose to wait and see whether this new race would be worthy of receiving further knowledge and access to the magic.

There came a time, after generations of peaceful coexistence between humans, beastfolk, and the other races of Middengaard, that one human (whom the legends tell us was called Eorden) sought an audience with the Giants themselves. He recognized that the world was full of magic, and requested the means to give his people access to its power and mysteries. Sensing the goodwill in his heart, the Giants agreed to set Eorden on a series of tasks to prove the whole race of humanity worthy of the power, knowledge, and responsibility of their magic.

This champion of humanity set about on a migration that would be followed by all future generations of Taansko. He journeyed to the mystical hot springs, across the fertile plains, ranging north and south on a course that put him in touch with the cycles of the seasons and the flow of magic through the land. He feasted with the beastfolk, trolls, and sky tribes, and witnessed the life cycles of the plants and animals around him as they took in and released the Giants’ magic. Finally, upon his return after a year of travel, he completed the trials and won the trust and respect of the Giants. They passed on their knowledge and teachings to Eorden, who in turn passed it to his people. Through generations of migration and following in this champion’s footsteps, the first and great clan of Taansko formed and endured, and it endures to this day.