Ulrika, Champion of the Wolverine Clan 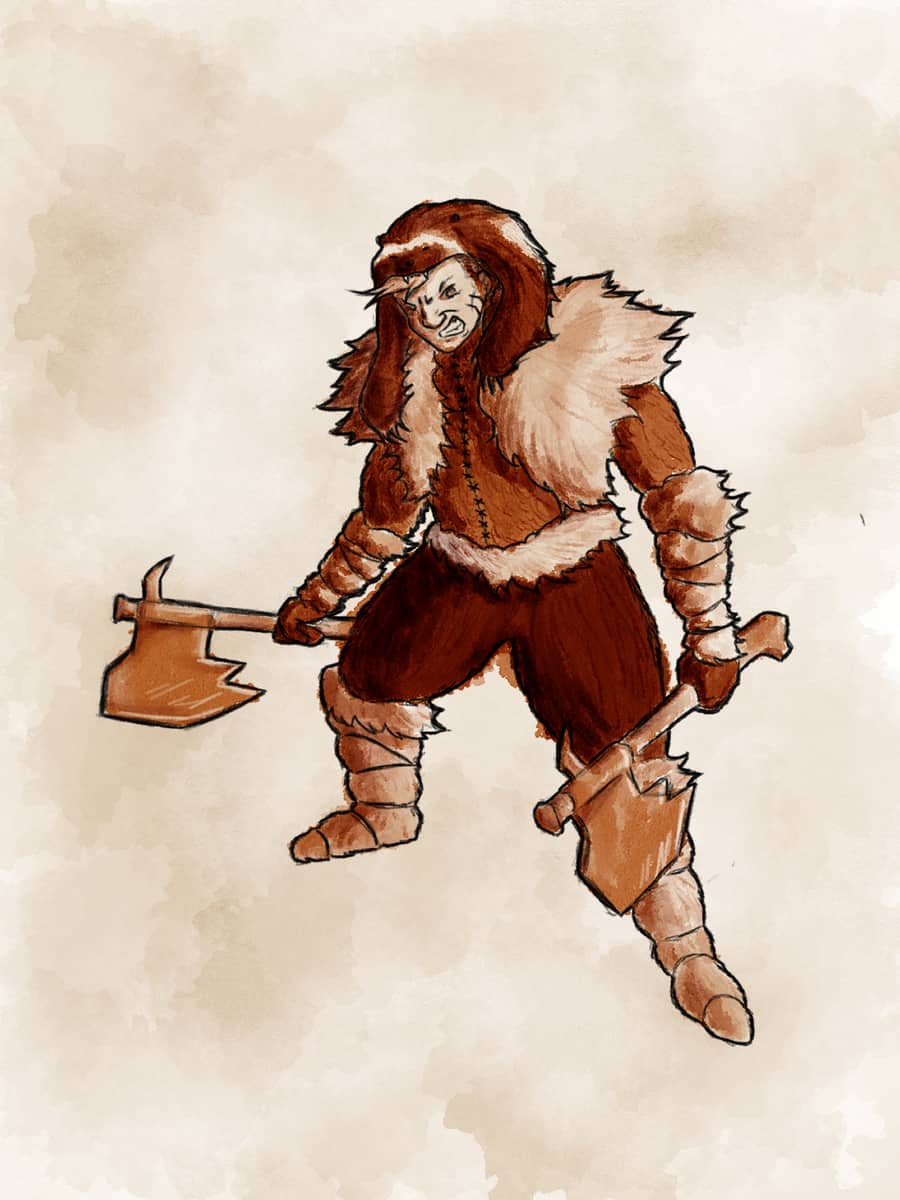 While in the far north, the clan that would become Ulvriskar found themselves beset by the fiercest winter they had ever experienced. The snows fell in thick, white blankets, and to breathe the air was like to swallow shards of ice. Many of the venturers were beginning to regret leaving the great Taansko herd, but returning was out of the question - the snows had sealed up the passes through the mountains that separated Middengaard from this frozen frontier.

With the clan’s survival at stake, a champion arose. The clan’s lead hunter witnessed a wolverine defend a moose it had killed from a massive bear, and she was inspired by the much smaller beast. Learning from the wolverine, she taught her people how they might survive in the north - how to track much larger prey in heavy snow, how to store food in the cold for later, how to drive predators away from their own kills. The clan learned to emulate the beasts around them in order to survive; the arctic bear, the tundra hawks, the great moose and musk oxen, but none so much as the wolverine, who taught them resourcefulness, determination, and ferocity.

The hunter became the first chieftain of Ulvriskar, lending her own name--Ulrika--to the name of her clan. She led her clan through the harsh winters north of Middengaard, helping them adapt so that they did not merely survive, but learned to thrive in the tundra and frozen forests. To this day, her people remember her in their worship of their animal deities - she is connected with the wolverine, that most powerful and resilient of beasts. Her favorite meal, a savory kind of shallow meat pie filled with beet paste and covered in musk ox cheese, is served every winter in celebration of her deeds