Saoirse, Champion of the Fox Clan 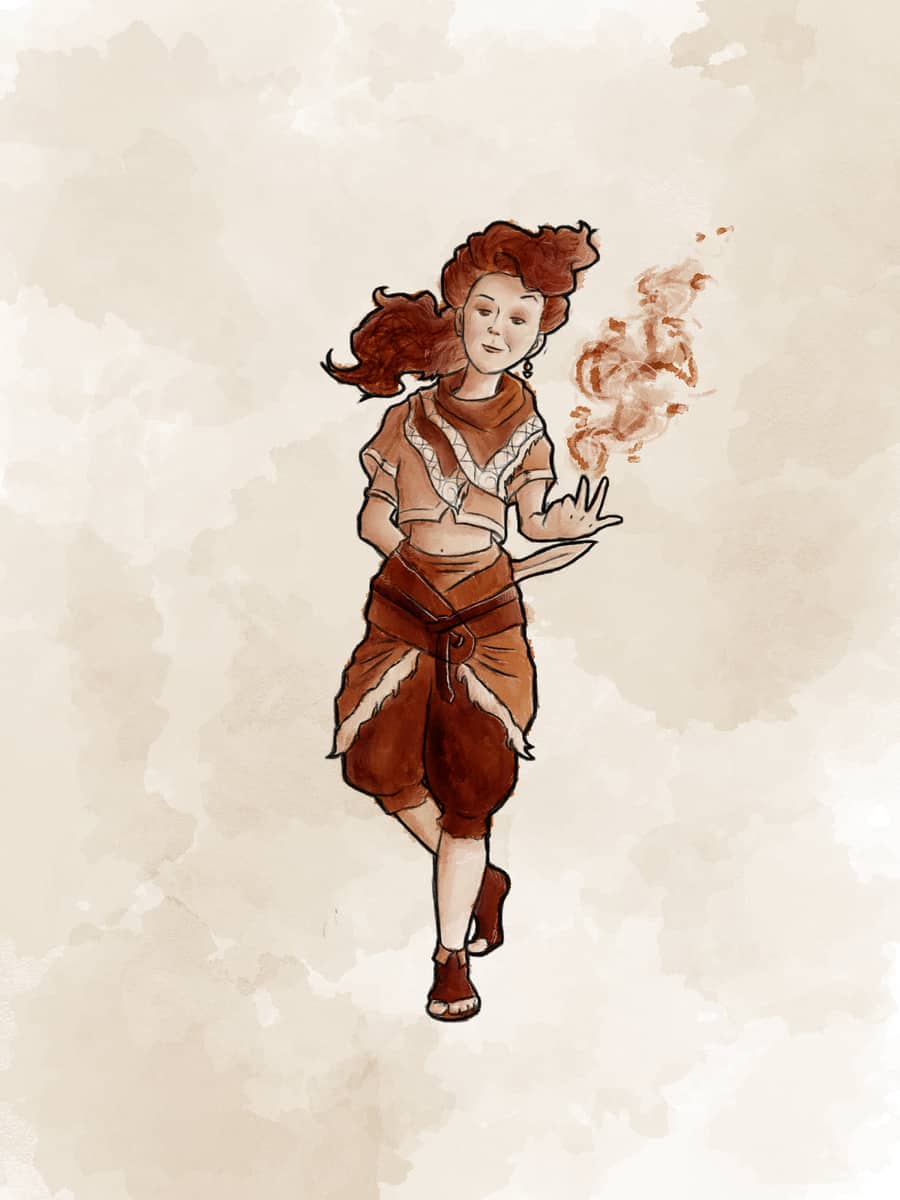 While most knowledge of magic was passed to the humans by the Giants, the people of Vulpaa had come to remove themselves from the cycles of magic that coursed through the earth and the hot springs, which the Taansko herds followed resolutely. Out of touch with the flow of magic, the Vulpaa needed to find a new way to channel this magic.

One Vulpaa traveller, a seeker of mysteries known as Saoirse, came upon a band of beastfolk/sasquatch long forgotten and sequestered to the corners of the Realm. Through these folk, Saoirse was able to rediscover the primal, raw magic that flows through the winds - the Breath of the Sleeping Giant. They passed this knowledge on to the rest of their clan, and their magic manifested itself as separate from the magic of Taansko. Whenever a Vulpaan casts an illusion or charm, shapeshifts, or performs any other magical act, they know to thank this champion for bringing the Breath of the Giant back to the Fox clan.

This Vulpaa wanderer is regarded as the White Fox in honor of the shape they had learned to take. When Mottamork established itself and began interfering with the destinies of the other clans, Saoirse was renowned for their ability to evade the Vulture clan and disrupt its enterprises. So great was their reputation that to this day, Mottamork considers the sight of a white fox to be an ill omen. Vulpaans, in turn, celebrate the appearance of a white fox as a sign that Saoirse’s spirit lives on in the world.